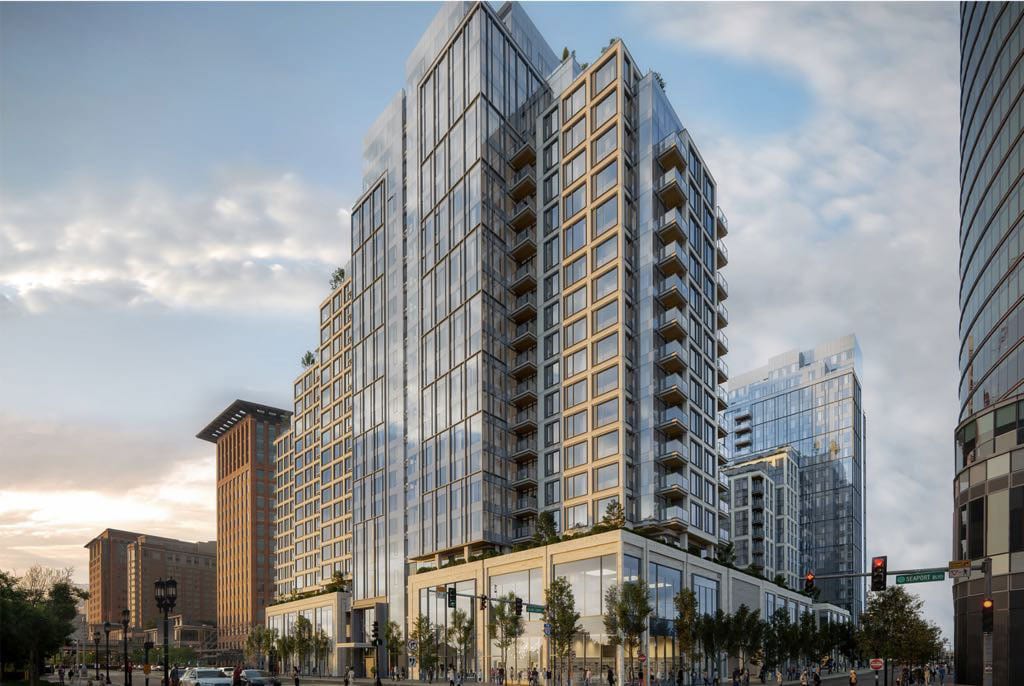 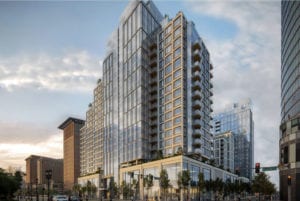 The first building in the three-tower, 717-unit EchelonSeaport in the Seaport District is Boston’s best new building of 2018, according to a poll of Curbed Boston readers.

The tiered tower, which runs from 14 to 21 stories and which will be full of condos, topped off in September at 133 Seaport Boulevard. Cottonwood Group is the developer, and Kohn Pedersen Fox, CBT Architects, and Jeffrey Beers International are the architects.

The poll’s second-place finisher was the Pierce Boston tower in Fenway. The 30-story, 340-foot condo and apartment tower at Brookline Avenue and Boylston Street—the tallest building in Boston west of downtown—opened in March.

Third place went to Back Bay’s One Dalton, destined to be one of the 10 tallest buildings in Boston at 61 stories and 742 feet. It topped off in August.